Before the Nissan Frontier, the Hardbody Earned Its Respect.

TomilyLeave a Comment on Before the Nissan Frontier, the Hardbody Earned Its Respect.Posted in review

The Nissan Hardbody is one of the most iconic, legit mini trucks of the ’80s and ’90s. Everyone either had a Hardbody or knew somebody who had one—and has a story or two to share about that Hardbody. It fits nicely into that clan of indestructible mini trucks—alongside the Toyota pickup, Isuzu P’up, Chevy S-10, GMC Sonoma, Ford Ranger, Mazda B-Series, Mitsubishi Mighty Max, and Dodge D-50—that cruised the streets plentifully once upon a time.

The two-wheel-drive Hardbody was prime for slamming to the ground, and the 4×4 version was ripe for tackling mountain trails. What’s the history of the Nissan Hardbody, in a nutshell? Let’s find out.

What Came Before the Nissan Hardbody?

The Datsun/Nissan 720 (1980-1986) came before the Nissan Hardbody. But, let’s take it a step further. Nissan was established in Japan in 1933; Datsuns (the name by which Nissan sold vehicles for many years) were imported to the United States. The first 37-hp 1.0-liter four-cylinder 1959 Datsun 222 (known as the Datsun 1000) compact pickup was introduced in America in 1959 and was actually showcased at the 1959 Los Angeles Auto Show.

The 720 pickup was badged a Datsun or Nissan (or both!). Generally speaking, Nissan replaced Datsun as time went on. Model years 1980-1983 were called the Datsun 720 and had Datsun badging. Model year 1984-1986 Nissan 720s, the first Nissan pickups built in the U.S., were assembled at the then-new Smyrna, Tennessee plant; some of these “tweener” trucks had both Datsun and Nissan badging (1984) while the company officially transferred to Nissan branding. Hence, the 720 was the last Datsun truck and also the first stateside Nissan pickup.

This first American-built Nissan pickup truck, the 1984 Nissan 720 pickup, exited Smyrna on June 16, 1983. The Nissan Smyrna Vehicle Assembly Plant, opened in 1983, was Nissan’s first American factory, and the white Nissan pickup was its first vehicle off the line. (How’s that for the history books? Nissan’s U.S. manufacturing kicked off with a pickup.) The plant now produces the Leaf, Maxima, Murano, Pathfinder, Rogue, and QX60, along with some engines for other models such as the Frontier and Titan.

The current Titan and Frontier are produced in Canton, Mississippi. pickups 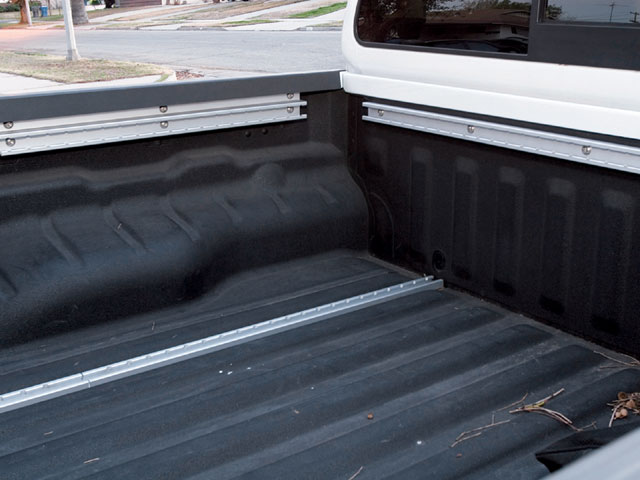 What Year did the Nissan Hardbody Come Out?

The Nissan Hardbody came out in model year 1986.5 and was produced in Smyrna through model year 1997. What that means is that 1986 was a split year between the 720 and Hardbody—there was an overlap of outgoing and incoming Nissan pickups for that year. A 1986 Nissan pickup could be a 720 or a Hardbody; that’s why you’ll see some owners refer to their Hardbodies as 1986.5. The trucks are, however, very visually distinct and look completely different.

The Hardbody is distinguished by that prominent body line that runs literally straight through the entire length of the truck, starting immediately above the headlight, continuing through the door handle, and ending in the middle of the taillight.

Why Is It Called a Nissan Hardbody?

Hardbody refers to its double-walled bed, firm paneling, and aggressive styling. Seriously, the brick-like trucks of the ’80s were tough. It’s the only generation any Nissan truck was called a Hardbody—and unofficially, as it’s formally coded D21.

Hardbody took hold, however, and Nissan ads even used the Hardbody term.

What Engines and Trims Were Offered?

Model years 1996 and 1997 could only be had as a four-cylinder— Emissions, ya know? The engines were backed by a five-speed manual or a three- or four-speed automatic transmission.

Rear- and four-wheel-drive regular Cab (single) and King Cab (extended) models were available, with six-foot and longer seven-foot bed options. The long bed was apparently a class leader in size